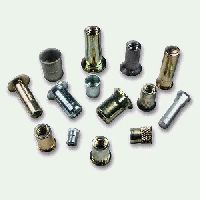 A rivet nut, also known as a blind nut or nut-sert, is a one-piece internally threaded and counterbored tubular rivet that can be anchored entirely from one side. There are two types: one is designed to form a bulge on the back side of the panel as a screw is tightened in its threads. The other is similarly drawn in using a screw, but is drawn into the sleeve instead of creating a bulge.

The first rivet nut was created by BF Goodrich in the 1930s and named the rivnut. It was used to mount rubber de-icing boots to aircraft wings 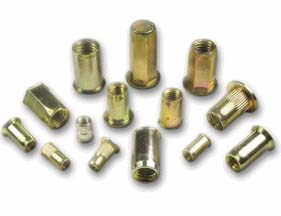